June 9, 2016:  Ruby Slippers Theatre, in partnership with the Vancouver Fringe Festival and Equity in Theatre,is pleased to announce the plays selected for the 2016 Advance Theatre: New Works by Women program, which will be presented September 12-16 during the Vancouver Fringe Festival. The committee read over 100 plays submitted from across Canada before selecting five new plays by female-identifying playwrights. Priority in curating the scripts is diversity of all kinds (age, cultural background, sexual orientation, physical ability).

Advance Theatre debuted at the 2015 Fringe Festival to great success and standing room-only houses. According to a national study, women account for less than a third of artistic directors, working directors, and produced playwrights in professional Canadian theatre. Advance Theatre was created to provide more opportunities and profile to diverse female playwrights and directors.

ABOUT THE VANCOUVER FRINGE FESTIVAL

The Vancouver Fringe is a celebration of theatre. Over 11 days more than 90 theatre companies come together to share their creativity on stage. The uniqueness of the Fringe comes from the “everyone is welcome” selection technique—Mainstage shows are literally drawn from a hat, while Bring Your Own Venue (BYOV) artists find their own venue, some of them in surprising locations! The Fringe revels in its identity as part theatre, part party. Every night of the Festival, there’s free live music and performances at the Fringe Bar. The Fringe is a cultural experience unlike any other!

This is  your Advance warning – women are taking back the stage

Women of Papiyek is part of a larger work originally commissioned by Full Circle: First Nations Performance and benefited from the work of the Full Circle Aboriginal Ensemble, including dramaturg Michael Springate, and Associate Dramaturg and Researcher Kwasuun Sarah Vedan. 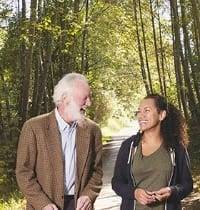 YOU WILL REMEMBER ME

A wistful and wise drama about the unexpected and unforgettable.

Evening performances @8pm each night except Sunday and Monday.

You Will Remember Me is the compassionately told story of an aging intellectual beset with dementia, whose family splinters in their efforts to support him. As he is shuffled between frustrated caregivers, the resilient patriarch begins to reflect on how each of them will remember him after he passes away. Peppered with bittersweet humour, this is a deeply personal and moving new play by François Archambault, one of Québec’s most compelling writers.

“There’s a kind of genius in You Will Remember Me. Director Diane Brown and her team do an excellent job with this script.”—Colin Thomas, THE GEORGIA STRAIGHT

“The best part of You Will Remember Me‘ is the discussion in the car on the way home and lingering long after…” – Jo Ledingham, Vancouver Courier

“McNulty’s acting is absolutely MUST-SEE for power, nuance, and visceral honesty. This was a rich and completely rewarding night of theatre. To confront so compellingly a future many of us will face that is both challenging & disquieting is nonpareil live theatre. Bravo! indeed.” – Baird Blackstone, Broken Leg Reviews