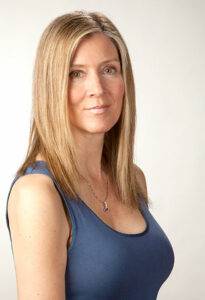 Diane is a multi award-winning director, actor, and is the long-time Artistic Director of one of Canada’s most resilient and successful independent theatre company’s, Ruby Slippers Theatre. She is a recipient of the prestigious Bra D’Or Award, a national award annually presented by the Playwrights Guild of Canada, in recognition of her years of championing works by women. She was also a nominee for the 2018 Women of Distinction Awards.

Her English language Vancouver premiere production of Down Dangerous Passes Road went to play the Belfry Theatre in Victoria, and You Will Remember Me was showcased to great critical acclaim at The Gateway Theatre. Many of her RST productions have received successful presentations at The Vancouver East Cultural Centre, the Gateway Theatre, The Shadbolt Centre for the Arts, and the Firehall Arts Centre.

Diane’s commissioned English language translation of After Me by Christian Bégin, translated by Leanna Brodie, and her subsequent premiere production resulted in five Jessie Award nominations including Outstanding Direction and Outstanding Production. That same year she was nominated for Outstanding Performance by an Actress in a Leading Role for The Duchess a.k.a. Wallis Simpson.

Diane has also freelanced across Canada and the United States. She has directed several interdisciplinary performance works which were showcased abroad and at the Canada Dance Festival in Ottawa.

Other directorial highlights include award winning productions of The Waiting Room by Lisa Loomer (Canadian Premiere), The Cat Who Ate Her Husband by Drew McCreadie (World Premiere), Trout Stanley by Claudia Dey (Vancouver Premiere) and Hotel Bethlehem by Drew McCreadie. Her production of Hotel Bethlehem was picked up three times by other companies. Ruby Slippers Theatre’s landmark production of Daniel MacIvor’s A Beautiful View saw four remounts in four years, including five weeks at The Centaur Theatre in Montreal and a showcase at The Goldcorps Centre for the Arts Fei and Milton Wong Experimental Theatre in downtown Vancouver. Ruby Slippers’ equally successful production of Communion by Daniel MacIvor was produced in association with Pacific Theatre.

Diane also spearheaded one of Ruby Slippers Theatre’s most powerful programs, The Advance Theatre Festival.This annual week-long festival of dramatic readings features five new works over five days written and directed by diverse female identifying and gender non-confirming IBPOC artists. This initiative is in direct response to the appalling fact that over two thirds of the plays on Canada’s mainstages are written and directed by white men. Advance Theatre offers profile to under-represented and historically marginalized playwrights, directors, and actors, and has resulted in many of the plays receiving fully realized, professional mainstage productions.

Diane and Ruby Slippers Theatre have created seven full-length new Canadian works, and toured nationally three times. She and RST have earned the reputation for being Vancouver’s premiere producers of French Canadian plays in English translation, perveyor’s of smart social satire that is infectiously entertaining, and leaders in equity and inclusion; advancing the radically inclusive stage.

The company has garnered 40 nominations and 16 professional theatre awards in the last 10 years alone. Diane is very active in the Vancouver cultural community. She leads Theatre Cares Vancouver, a volunteer organization that raises funds and awareness for people living with HIV/aids and other hardships, was a long time member of the Langara College Theatre Advisory Committee, a member of the Professional Association of Canadian Theatre’s national Advocacy Committee, was a founding member and Past President of the See 7 Performing Arts Society, and spent five years on the steering committee for the Theatre Engagement Project. She is also involved with several environmental and social justice initiatives, and is currently a member of the Advisory Board for Vancouver Civic Theatres. Diane has a BFA from Simon Fraser University, and holds an MFA in Directing from the University of British Columbia. She lives in Vancouver with her husband and son.