THE DUCHESS a.k.a. Wallis Simpson is the fabulous, epic and true tale of Wallis Simpson, the notorious, convention-smashing American divorcee for whom Edward VIII gave up the throne in 1936. The play follows her through her tumultuous adult life and features such historical figures as Noel Coward, King George V, Queen Mary, Hitler and, of course, Wallis Simpson.

“Brown’s pitch perfect Simpson makes it all absolutely worth it. Tall and sassy, at once scandalously immoral and beguilingly naive, she sashays through history seducing men and destroying just about everything she touches.”

Playful, sexy, irreverent—The Duchess is a lively ride through the life of 20th-century icon.

“You can’t just get rid of women like me—we stick,” says Simpson at one point. With portrayals as memorable as this, she’s likely to stick around for a long while yet.

“Diane Brown and Craig Erickson front wonderful chemistry as Wallis and Edward. There is palpable affection and clear contrition between them.”

Diane Brown is absolutely breathtaking as Simpson. …Brown is so effective in the role that we actually root for her.

As the man who-would-not-be-king, Craig Erickson finds a sobering melancholy among the chaos that was the couple’s life together.

Stand-outs among the ensemble include Beaty who does a very funny job in a caricature of Queen Mary, and Eileen Barrett finds depth as the bitter sister-in-law Elizabeth. Reznek reprises his role of Hitler with great results.

Ultimately, any production of The Duchess a.k.a Wallis Simpson is only as good as the actor in the title role. Diane Brown’s stunning performance makes this production a 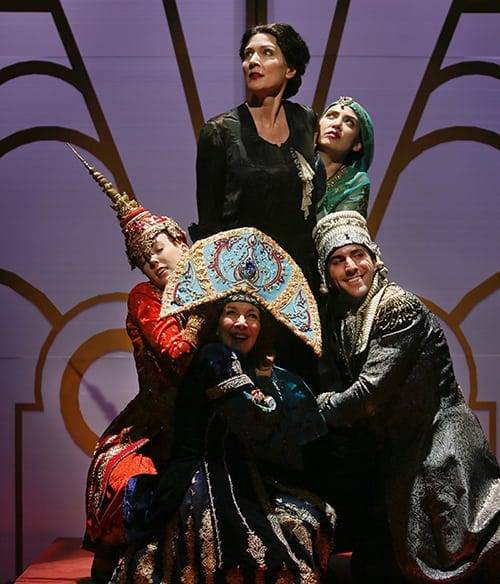 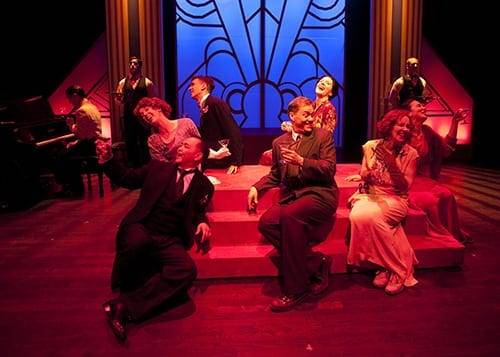 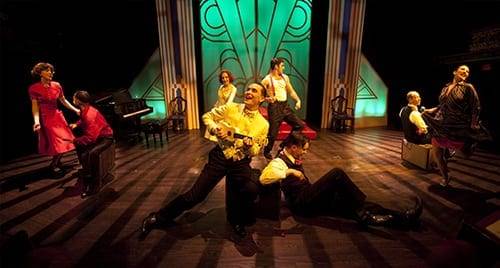