Ruby Slippers Theatre is thrilled to present a season celebrating the courageous, outrageous, tenacious human spirit. For the past 26 years, Ruby Slippers Theatre has created, produced and presented provocative text-based theatre from the vanguard of the English and French Canadian canon, illuminating diverse perspectives and social issues. The 2014/15 season furthers this commitment, while reflecting our penchant for smart social satire that is infectiously entertaining.

In association with BoucheWHACKED! Theatre Collective

Après Moi is six versions of the same story, six ways of experiencing the same moment with increasing intimacy. It’s also a chance to see five of Vancouver’s best actors deliver performances laced with sincerity and absolute precision. An examination of loneliness, this play explores our ever more distant connections to others, emphasizing the transformational power of human relationships, all with a strong dose of black humour. 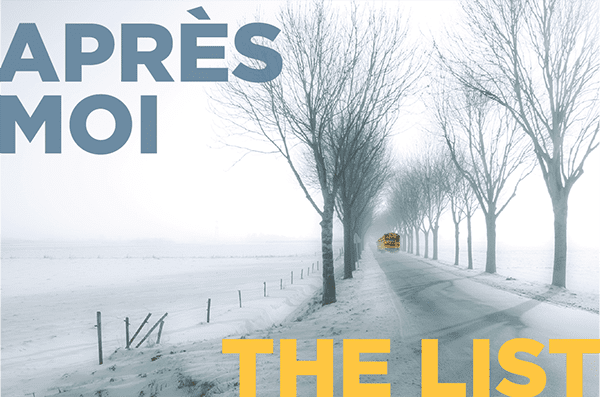 In The List, A woman invites us into her kitchen. Her neighbour is dead. Is she culpable for the death? The woman, who prides herself on never letting anything slip by, has overlooked an item on her list. A riveting tale of everyday to-do lists in which the essential and the ordinary are inextricably entwined.

*Appearing with the permission of Canadian Actors’ Equity Association.

The Reviews are In! 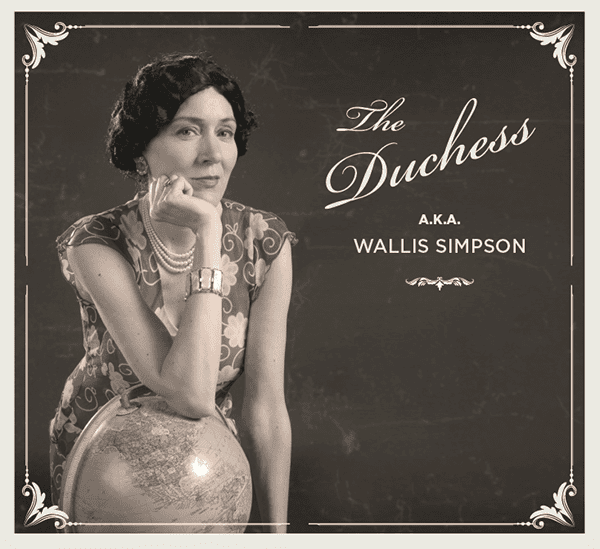 THE DUCHESS a.k.a. Wallis Simpson is the fabulous, epic and true tale of Wallis Simpson, the notorious, convention-smashing American divorcee for whom Edward VIII gave up the throne in 1936. The play follows her through her tumultuous adult life and features such historical figures as Noel Coward, King George V, Queen Mary, Hitler and, of course, Wallis Simpson.

“Brown’s pitch perfect Simpson makes it all absolutely worth it. Tall and sassy, at once scandalously immoral and beguilingly naive, she sashays through history seducing men and destroying just about everything she touches.”

Playful, sexy, irreverent—The Duchess is a lively ride through the life of 20th-century icon.

“You can’t just get rid of women like me—we stick,” says Simpson at one point. With portrayals as memorable as this, she’s likely to stick around for a long while yet.

“Diane Brown and Craig Erickson front wonderful chemistry as Wallis and Edward. There is palpable affection and clear contrition between them.”

Diane Brown is absolutely breathtaking as Simpson. …Brown is so effective in the role that we actually root for her.

As the man who-would-not-be-king, Craig Erickson finds a sobering melancholy among the chaos that was the couple’s life together.

Stand-outs among the ensemble include Beaty who does a very funny job in a caricature of Queen Mary, and Eileen Barrett finds depth as the bitter sister-in-law Elizabeth. Reznek reprises his role of Hitler with great results.

Ultimately, any production of The Duchess a.k.a Wallis Simpson is only as good as the actor in the title role. Diane Brown’s stunning performance makes this production a

The Great Raymond-A Play in Development

The Great Raymond, by award-winning writer Timothy Taylor, is based on the astonishing true story of police corruption and outrageous scandal in 1950s Vancouver. Ruby Slippers Theatre is presenting an open workshop on September 26, 2014 featuring an all-female cast; women playing hard-boiled journalists, detectives, bookies and cops in this gritty Femme Noir drama.