This is your Advance notice: women are taking back the stage.

Five new plays by female-identifying playwrights will receive public readings in an exciting collaboration between some of Vancouver’s finest theatre artists. According to a national study, women account for less than a third of artistic directors, working directors, and produced playwrights in professional Canadian theatre. That means that a lot of political, haunting, enraging, and hilarious voices haven’t yet been heard.

Curated by Ruby Slippers Theatre with priority given to diversity, the plays include: Kitmat, Sept. 14, a documentary play on the effects of the pipeline referendum on an industry town, by esteemed BC playwright Elaine Avila and directed by Suzie Payne; 27 Voices by S.M. Hunter, Sept. 15, directed by Quelemia Sparrow, a poetic and intense play in honour of Canada’s missing and murdered indigenous women and girls; Colleen Ann Fee’s After Love, Life, Sept. 16, a lyrical love song, directed by Tammy Bentz; Trialogue, Sept. 17, a complex and intellectual one-act by emerging playwright Carolyn Nakagawa directed by Marisa Smith; and Forget About Tomorrow, Sept. 18, a warm and witty tribute to the strength of family by Jill Daum directed by Vancouver theatre legend Pam Johnson, with songs by Jill’s husband, John Mann.

You Will Remember Me

A deeply personal and moving new play about a family and memory from one of Québec’s most compelling writers. When the aging patriarch of a modern family, a powerfully intellectual and political force in his community, suffers from dementia, the people who love him struggle to care for him.

From the people who brought you The Duchess a.k.a. Wallis Simpson…Ruby Slippers Theatre is back, and proud to present the Vancouver Premiere of You Will Remember Me as part of our Crucial New Voices From Quebec series, in partnership with and at The Vancouver East Cultural Centre. This eloquent drama by Francois Archambault and translated by Bobby Theodore is about family and memory, a deeply personal and moving new play from one of Quebec’s most compelling writers.

When the aging patriarch of a modern family, a powerfully intellectual and political force in his community, suffers from dementia, the people who love him struggle to care for him. This project furthers our mission of producing provocative works from the vanguard of the French Canadian canon, as with last year’s critically acclaimed Après Moi & The List, and deepens our relationship with Francois Archambault with whom we have worked with many times (most notably, on our multi-award winning productions of The Winners and The Leisure Society.) 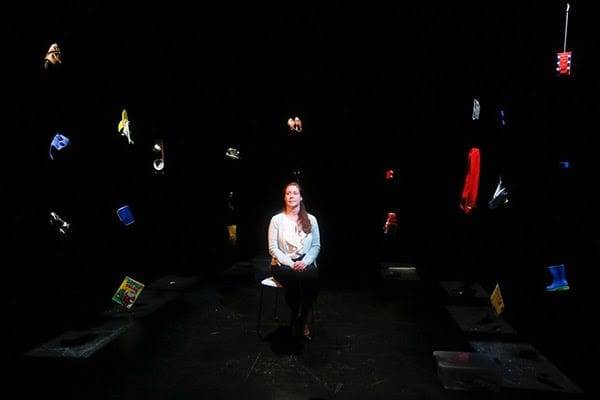 In this moving translation of Jennifer Tremblay’s play La Liste, we experience one woman’s struggle as she fights through the memories leading to her friend’s death. A woman constantly making to-do lists so as not to forget anything, she overlooks one item that leads to a tragedy. This causes her to question: “Could I have done more?”

Ruby Slippers Theatre and Zee Zee Theatre present the North American premiere production of 5 @ 50 by Brad Fraser. When Olivia loses control at her fiftieth birthday party, her three best friends decide to intervene once and for all, much to the irritation of Olivia and her long-term partner Nora. But is she the only one battling a demon or does each of these women face an addiction of one kind or another? 5 @ 50 is a raw and darkly comedic portrayal of women in mid life. It is also a bold examination of addiction and intervention, and of the friendships we can’t live without.